Software has eaten the car and it’s NOT good

Not sure how I missed this…

On Jul 21, 2015 Wired Magazine ran a story by Andy Greenberg titled “Hackers Remotely Kill a Jeep on the Highway—With Me in It.”

According to the story, hackers were able to remotely take control over only instrumentation and “dashboard functions” but operational components like steering, brakes, and the transmission. 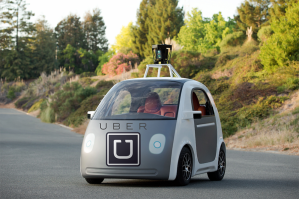 In response, Senators Ed Markey and Richard Blumenthal worked to introduce legislation designed to introduce standards to protect against digital attacks and privacy.

In danger of allowing a good point stand on its own Markey added, in a statement, “Drivers shouldn’t have to choose between being connected and being protected.”  Nice alliteration, right?

The bill was going to call on the National Highway Safety and Transportation Administration and the Federal Trade Commission to keep us safe from the software in our cars.

Josh Corman, one of the cofounders of the security industry group I Am the Cavalry, which is focused on protecting things like medical devices and automobiles, was wary of a possible bill when he spoke with WIRED about the possibility earlier this month.

Their code is an automaker’s nightmare: software that lets hackers send commands through the Jeep’s entertainment system to its dashboard functions, steering, brakes, and transmission, all from a laptop that may be across the country.

Corman worried that the ensuing law could be comparable to payment card industry rules that are widely seen as outmoded and ineffective.

Can anyone think of anything scarier than asking the NHSTA and/or FTC to create ANYTHING that would keep our connected cars safe from hackers?

Psst – Congress – government (and the legislative branch in particular) has no business in cybersecurity.

This entry was posted in Personal Technology, Software Companies, Software is Eating the World, Technology Education. Bookmark the permalink.