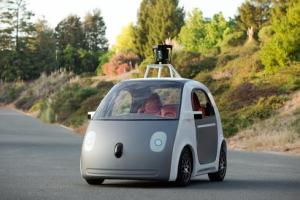 In “The race for autonomous vehicles is over.  Silicon Valley lost.” John McElroy (Twitter: @Autoline) makes some excellent points.  Here are my cliff notes:

The battle the the REAL prize; the data generated by people and families as they use Autonomous Vehicles is just being considered.

This entry was posted in Uncategorized. Bookmark the permalink.